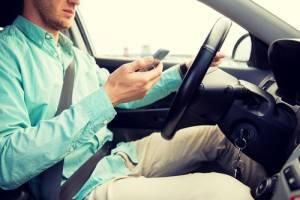 According to the National Highway Transportation Safety Administration, distracted driving behaviors such as reading a text, making a call, or simply changing the radio station while driving causes at least 12 percent of car accidents worldwide and 14 percent of U.S accidents. A recent study published in Frontiers in Psychology has shed even more light on the subject. Ole Johansson, a researcher at Norway's Institute of Transport Economics, led the study that sought to identify which demographic of people was most likely to engage in dangerous distracted driving.

Young men, frequent drivers, and those with neurotic and extroverted personalities were found to be the most likely to be dangerously distracted while driving. Older women were the least likely group of people to be distracted. The researchers acknowledged that their findings might be slightly skewed, however, because their method relied on self-reporting.

"It is very difficult for human beings to be so aware of themselves and to respond to questions on behavior," one U.S. safety official explained. People are very willing to report seeing other drivers driving while distracted, but research has shown that drivers are less aware of their own dangerous behavior. Most underestimate how often they themselves are driving distracted. It is very likely that the use of cell phones or other dangerous behavior while driving is under-reported.

Of course, the bigger problem is that distracted driving is extremely dangerous. It only takes a moment of inattention for tragedy to strike, and the resulting accident can cause serious injuries or even death. Each year, thousands of innocent victims are injured because other drivers fail to keep their focus on their road.

Have You Been Injured by a Distracted Driver?

If you or someone you love has been injured in an accident caused by a distracted driver, you may be entitled to collect compensation for your injuries. Contact an experienced San Jose car accident lawyer to discuss your available options in a free, no-obligation consultation. Call 408-293-7777 for an appointment today.