What You Should Know About Speeding-Related Accidents 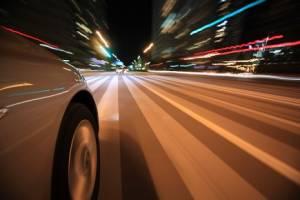 America is full of busy people. There are workers rushing to their jobs, and parents shuffling their children off to school and soccer practice. Then there are those who are running late to a doctor’s appointment, or in a hurry to get to the airport. Unfortunately, all that hustle and bustle means that some drivers are going faster than they should. That can increase their risk of causing an accident, and may also lead to more serious injuries for victims. If one has happened to you or someone you love, know your rights, including your right to pursue full and fair compensation.

Respect for Speed Limits is Deteriorating

While most people do recognize that speed limits are the law and not a suggestion, researchers suggest there is an erosion of respect for those laws. In fact, a 2002 study found that one-third of drivers admitted to regularly driving at least 10 miles an hour faster than other road users. These were all self-reported incidents, which suggests the numbers could be much higher.

Posted speed limits are determined through careful contemplation. Factors like stopping times, traffic type, traffic flow, and potential blind spots are considered, along with any other relevant state, city, or location-specific issues. Those that disobey the posted limits are acting with negligence, not just because they are putting themselves at risk for a crash but they are also risking the safety and well-being of others on the road. Further, faster speeds mean an increased risk of serious injury or death. Thankfully, victims do have the right to pursue compensation.

Although it is possible for victims to file a claim on their own, those who seek legal help often experience more favorable outcomes. Their rights remain protected, and they are less likely to be further victimized by the insurance company or negligent driver. So if you or someone you love has been injured by a speeding driver, let the Law Office of John J. Garvey, III fight for you. Call 408-293-7777 to schedule a free consultation with a San Jose car accident lawyer today.