How to Handle Being the Victim of a Hit-and-Run

Posted on December 5, 2016 in Personal Injury 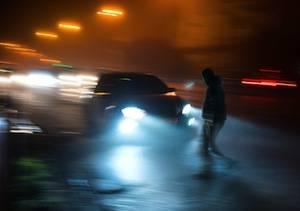 Your Options in The Golden State

During an ordinary traffic accident, the at-fault driver will stop, enabling their negligence to be confronted but preventing further legal difficulties. Strict laws are in place prohibiting leaving the scene of an accident without exchanging pertinent information. Although there are exceptions—leaving your information on a parked vehicle in a parking lot where the driver is unavailable—it is the responsibility of every driver to stop after their involvement in such an accident. However, not all drivers remain at the scene of a hit-and-run accident.

Penalties for leaving include up to six months of jail time as well as fines of up to $1,000.00. Criminal laws are broken upon fleeing, which enables police participation in an otherwise negligence case. If you are involved in a hit-and-run accident, contact police as soon as the accident occurs, if possible, and make sure to provide them with the following information so they can help to locate the suspect:

Offender is Unable to be Located

Unfortunately, drivers involved hit-and-run accidents are not always able to be located. Still, these individuals often have alternative motives for not being found, such as drugs in the vehicles, outstanding warrants, or they are currently driving under the influence. Most of the time, the reason to run outweighs the penalty of being caught leaving the scene. If the offender is unable to be found, then the accident victim has the option to make a claim to his or her insurance company. For this to be a viable option, he or she must have the following:

If you have been the victim of a hit-and-run, the best outcome is when the driver is located. Not only is it likely that the driver will be charged with a crime, but he or she can also be held accountable for any negligence that resulted in the collision. This negligence is how we make a case to have your medical costs and other damages paid.

If you are interested in discussing a personal injury claim due to a hit-and-run accident and would like to find out options available for your case, contact a San Jose, CA personal injury attorney. Call the Law Office of John J. Garvey, III today at 408-293-7777 to schedule your free initial consultation.