What Not to Do After a Crash: Three Things Every Driver Should Avoid When Involved in an Accident 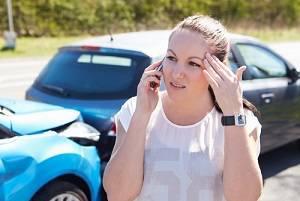 The moment you find yourself in a car accident, your mind races with a slew of concerns. You must assess whether or not you or any of your passengers are injured, check on the other drivers involved in the crash, exchange information, and speak with the police. Then, you will probably be forced to relive the whole scene again and again as you recall and give an account to law enforcement and insurance companies of what led to the collision.

Making sure you are covering all the necessary bases in the midst of the shock that comes with the immediate aftermath of a crash can be overwhelming. It is just as important, however, to take note of what you should not do following the crash

Whether you strike someone’s property with your vehicle, experience a collision with a pedestrian, or rear-end another car, do not ever flee the scene. Hit-and-run penalties can be harsh. California law requires you to come to a complete stop and to exchange information with the other driver(s). The only time the law allows you to leave the scene of the accident is if you are unable to locate the driver. For example, if you hit a parked car or some other type of property and the owner is nowhere to be found. In this situation, the law requires you to leave a note with an explanation of the accident along with your contact information. Then, you must report the accident to the California Highway Patrol (CHP).

Do Not Admit Fault

Until you speak with your insurance company and an attorney, refrain from accepting blame for the accident or placing the blame on someone else. Anything you say to the other driver can be used against you later on if you are not careful. It is not uncommon for drivers to think they were in the wrong and that they caused the accident, only to find out after further investigation that the other driver was also at fault. Cooperate with the police and remain truthful, but do not sign anything other than a ticket (if you are given one) and do not agree to pay for any damages or make any other verbal or written promises.

Do Not Neglect to Report the Accident

If the collision is not severe, it can be tempting to dismiss the need for an accident report. Many drivers desire to simply move on and sweep the incident under the rug to avoid the inconveniences that come with a collision, but California law requires you to call the CHP or the local police, then report the accident to your insurance company. The law also requires both you and the other driver to report the accident to the DMV within 10 days if there is more than $750 worth of damage to either car or if an injury or death occurred.

Being involved in a collision of any kind is frightening, but you can secure some peace of mind after the incident when you know you have taken all the proper steps to protect your rights. Speak with a knowledgeable Santa Clara County personal injury attorney the moment after the crash. Call the Law Office of John J. Garvey, III at 408-293-7777 for a free consultation.