What Factors Contribute to Drowsy Driving Accidents in California? 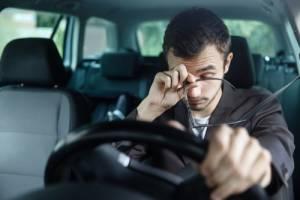 While it may not attract as much attention as drunk driving or distracted driving, drowsy driving is another serious issue that contributes to car accidents, many of which result in injuries and fatalities. The most recent statistics from the National Highway Traffic Safety Administration (NHTSA) show more than 90,000 annual accidents in which driver fatigue was a factor, with nearly 800 resulting fatalities. Understanding some of the common factors in these accidents may help you avoid falling victim to one yourself.

Research shows that all of the following are possible factors in accidents involving drowsy drivers: 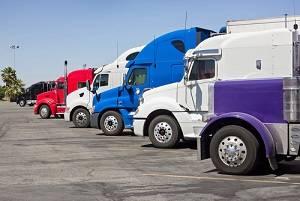 Driving an 18-wheeler truck or tractor-trailer is not an easy job. Often, drivers are expected to drive hundreds of miles a day and deal with stresses like traffic congestion, detours, and other slowdowns which make their days even longer. Unfortunately, this leads to many drivers being chronically exhausted and sleep-deprived. Some truck drivers end up taking stimulants just to stay awake and drive. If you were injured or a loved one was killed in an accident involving a fatigued or otherwise incapacitated truck driver, you may be able to get financial compensation for your losses.

In a study conducted by the Federal Motor Carrier Safety Administration (FMCSA) and the National Highway Traffic Safety Administration (NHTSA), it was found that approximately 13 percent of serious crashes involving large trucks are caused by driver fatigue. Other factors which contributed to serious truck accidents include driver drug use, including both legal and illegal drugs, inattention to the road, and driver illness. Truck drivers are often operating vehicles that can weigh as much as 80,000 pounds. A vehicle of this size can do cause colossal damage during a crash.

Truck Drivers Must Follow Certain Rules Regarding Sleep and Rest

Because sleepy truck drivers are such a threat to motorists’ safety, there are certain state and federal regulations which dictate how many hours truck drivers can drive in a given time period. The Federal Motor Carrier Safety Administration (FMCSA) requires truck drivers to take regular breaks to rest. A driver who is not following these federal guidelines may be considered negligent and liable for damages caused by an accident. Truck drivers must record the hours that they drove and when they rested in a log book. These log books are often crucial pieces of evidence during in a personal injury lawsuit against a truck driver or trucking company.

Tired Truckers Should Be Held Accountable 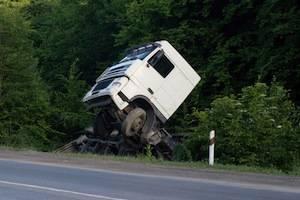 Lack of adequate sleep is believed to be a predominate factor in many of the problems that ail our society today, not the least of which are the associated medical concerns. Studies show that only 65 percent of Americans regularly get the recommended seven hours of sleep at night. Hence, a significant portion of the population suffers from the effects during their daily routines.

Most individuals feel that a lack of sleep is a personal concern and should not be regulated. Yet what happens when fatigue leads to an accident that takes someone else’s life? As truckers spend a significant portion of their time on the roadways, it is imperative that these drivers get adequate sleep to ensure the safety of those around them.

It is Not Just Good Sense, it is the Law

Posted on February 4, 2015 in Truck Accidents

An pre-dawn truck accident on Highway 41 near Fresno began when a fuel tanker truck hit the back of a truck hauling live poultry. The poultry truck was pulled over on the northbound side of the highway, according to the California Highway Patrol, but the reason for the stoppage was not immediately apparent.

Community Regional Medical Center confirmed the death of the man who had been dragged under a tire. The crash also inflicted major injuries on the fuel tanker driver, a man from Visalia, California. Minor injuries were suffered by the Riverdale man driving the pickup truck while the driver of the second poultry truck remained unharmed. The highway patrol suspects fog might have played a role in the accident.

Posted on October 5, 2012 in Truck Accidents

Driver fatigue can be a problem on the road for all drivers but, for drivers of 18 wheelers, the consequences can be fatal. Recently, a series of truck accidents led to the deaths of an entire family moving to California.

Authorities investigating the crash found that the driver of the second truck had driven for 13 to 15 hours, which is in violation of laws that limit the number of hours commercial drivers can work without rest breaks. Investigators believe the driver was asleep at the wheel at the time of the accident. The driver of the big rig has been charged with four counts of manslaughter, and five counts of motor vehicle homicide.

Drug Use on the Rise in the Safety Industry

A surprising and alarming trend is appearing in the urinalysis results of some safety industry workers Americans trust most. More and more of these workers are failing their drug tests.

Recent results show that truck drivers, bus drivers, rail operators and even pilots are flunking their drug tests and performing their jobs under the influence of illegal drugs. The problem is that these employees work in the safety industry and are responsible for hundreds, if not thousands, of people's lives.

Recent studies conducted by Qwest Diagnostics show, in random drug tests throughout the country, that drug and alcohol use have dramatically increased, including a 33 percent increase in positive cocaine results. The U.S. Department of Transportation has also added heroin and ecstasy to the list of drugs for which it screens transportation workers. The worry is that increased use of drugs and/or alcohol on the job leads to an increase in accidents and injuries.

FMCSA Calls for On Board Recorders

According to the National Transportation Safety Board, 30 to 40 percent of trucking accidents are the result of driver fatigue. The Insurance Institute for Highway Safety also found that hours-of-service violations and logbook out-of-service violations increased the risks for truck driver fault and truck involvement in traffic crashes.

In line with Comprehensive Safety Analysis mandates, the Federal Motor Carrier Safety Administration (FMCSA) required companies that habitually violated hours-of-service standards to install electronic onboard recorders (EOBRs). In February 2011, the agency expanded this compliance rule to include a majority of other commercial carriers.