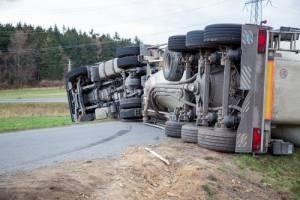 Truck Accidents in San Jose Cause Extensive Damage Every Year 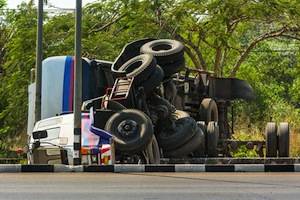 Massive 18-wheeled big rigs dominate our nation's roadways. These overpowering vehicles drive our nation’s economy while also overpowering all other vehicles on the main highways and city streets. The sheer size and momentum brought forth by these vehicles makes them an intimidating force when traveling next to a non-commercial vehicle. Additionally, in certain cases, truck drivers leave a devastating wake behind them full of destruction and heartache for those unfortunate enough to cross their paths. Even with a recent decline in fatalities due to truck accidents, far too many families suffer at the hands of drivers who negligently operate their machinery.

Due to ongoing investigations from two previous years, the most up-to-date and conclusive information available is 2014. Fatality Analysis Reporting System (FARS) only began in 1975, making most of the information available relatively new, but still useful in witnessing trends. Some of the most alarming statistics from recent years include the following:

Many drivers begrudge the large semitrailers and box trucks they see on California's roadways. They don't like sharing the road with these vehicles because they tend to be slower and louder than cars and can restrict visibility. They also stand the chance of doing much more damage in the event of an accident, both because of their sheer force and their inability to slow down as quickly.

A truck accident is being blamed for a subsequent head-on collision in Madera County this week that killed three people. According to California Highway Patrol troopers, a semitrailer was traveling on Highway 152 and was attempting to make a left-hand turn onto Road 16. Visibility was low at the time due to heavy fog. As the driver began making the turn, another tractor-trailer clipped the back of the turning truck, causing it to overturn. That sent the truck's load of hay bales spilling all over the road.

Just then, yet another large truck approached and tried to serve around the hay bales to avoid an accident. But because these vehicles are so big that they're difficult to maneuver, the third truck crossed into the opposing lanes of traffic and struck a car head-on. The three people in the car, all of them San Jose residents, were killed in the collision. It's not clear whether the first two truck drivers were hurt, but the driver of the third truck suffered moderate injuries.

Family members of a San Jose woman who was killed in a crash involving an overturned tractor-trailer say she died doing what was most important to her: protecting her children. The car accident could have been more deadly if not for the 49-year-old woman's warning, her children say.

But just as they were preparing to get onto the offramp for their exit, a tractor-trailer on the adjacent cloverleaf onramp was heading toward them. The driver's mother saw that the truck was losing its balance and was about to tip over toward their car. She told her daughter to veer left to avoid it, but just as her daughter did so, the trailer toppled over and landed on the passenger side of the car, killing her instantly.

The loss of a child is an incomparable tragedy, as any parent who has outlived a son or daughter can attest. When that death is caused by an accident that could have been prevented, it can be all the more difficult to endure.

The parents of a 15-year-old California boy who was fatally struck by a truck are suing the driver, claiming he was negligent when he hit the boy in October. The wrongful death and personal injury lawsuit seeks to reclaim medical expenses along with wage loss, funeral and burial costs and other expenses. But the suit also specifies the couple has "been deprived of the love, companionship, affection, society, protection services and support" of their son.

The flatbed truck struck the teen boy while he was walking in a crosswalk. His parents allege that the truck driver was not only negligent, but violated a variety of statutes, codes and ordinances. Their attorney said he received reports that the driver was going 50 mph at the time of the crash. He wasn't found to be under the influence of alcohol or drugs, nor was he using a cellphone at the time. Nevertheless, the family's lawyers said, the driver caused "great mental, physical and nervous pain and suffering."

It was the early hours of the morning when the accident occurred. Anyone who happened to be on the road near Vacaville in Northern California may have witnessed a strange sight. While many people expect to see eggs and toast in front of them in the morning, drivers who came upon the accident were instead greeted by chickens running amok in the road while authorities chased after them.

The accident involved two big rigs and an SUV who swerved into a ditch to avoid the chaos. Apparently a big rig was traveling on the highway with a load of chickens. 5,000 live chickens to be exact. The truck carrying the chickens began swerving on the road after the driver allegedly fell asleep behind the wheel.

Despite a few warning calls over the radio from another truck driver, the chicken-bearing truck hit another truck on the side of the road, causing a trailer full of chickens to jack-knife. As a result, the trailer broke open and thousands of chickens poured out onto the road.