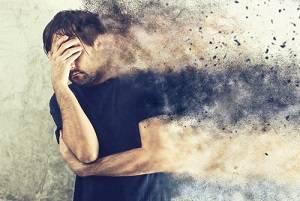 Many people do not realize that many physical injuries also cause serious mental injuries. A person who is involved in a brutal car accident may experience extreme anxiety and fear for months or even years after the accident. An individual who is hurt in an attack caused by negligent security may experience flashbacks and nightmares of the incident that leave him or her unable to live a normal life. If you have been involved in a serious accident and are now suffering psychological symptoms as a result, you may be able to get compensation for these mental injuries through a personal injury lawsuit.

One of the most common types of mental injuries that a person involved in an injury-causing incident can develop is post-traumatic stress disorder (PTSD). The symptoms of PTSD include flashbacks, nightmares, emotional numbness, insomnia, problems with concentration, being easily startled, and more. A person suffering from PTSD may go out of his or her way to avoid activities or places that remind him or her of the traumatic experience. Someone involved in a car accident may find it hard to even ride in a vehicle let alone drive after the incident. The symptoms of PTSD can dramatically affect a person’s ability to function normally.

Unlike most physical injuries, a mental injury is not obviously evident. It can be challenging to prove the extent of mental anguish a person suffers because of an accident. Getting a formal diagnosis from a mental professional can significantly strengthen your case. If you have experienced stress, anxiety, depression, or PTSD symptoms after an accident caused by another’s negligence, you may be able to get compensation for these symptoms. A personal injury lawyer experienced in pursuing noneconomic damages such as these is essential in bringing a personal injury claim.

Distracted Drivers Are a Danger to Other Motorists 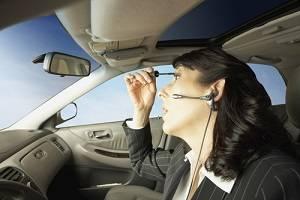 Getting into a car accident can be terrifying. In the moments after an accident, most people are not considering the financial cost the accident will bring. However, after the accident is over and their injuries have been treated, the question of expense arises. If you have been hit by a distracted driver, you may wonder whether or not you have a valid personal injury claim. There are many factors which can contribute to the success or failure of accident injury claims. If you have been injured in a car accident due to someone else’s negligence, read on to learn more.

Texting and driving has become a serious danger in the United States. A shocking number of car accidents are directly linked to distracted, including texting or otherwise using a cell phone while driving. The statistics involving the dangers of distracted driving are sobering. Over 1000 people are injured every day in traffic accidents involving a distracted driver and approximately nine individuals die from these accidents each day.

The National Highway Traffic Safety Administration (NHTSA) estimates that approximately 660,000 drivers are using cell phones while driving at any one point in the day. Texting and driving is expressly illegal in California. The Wireless Communications Device Law states that drivers must not write, send, or read text messages while driving. Bluetooth technology or other hands-free devices may be used by drivers 18 years old and older, but certain restrictions still apply. If you can prove that the diver who hit you was illegally using his or her phone or other electronic device when the accident occurred, you will likely have a successful personal injury suit. 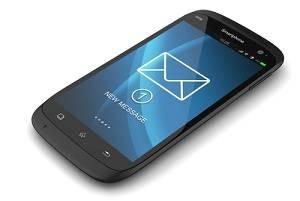 For years now, public awareness campaigns have been reinforcing the inherent danger of cell phone use while driving. In fact, one could argue that the war against texting and driving is nearly equivalent to the anti-drunk driving efforts of the 1980’s. Today, 47 states and the District of Columbia have instituted complete bans on texting while driving, while Texas and Missouri maintain bans for younger drivers. Only Montana and Arizona have no laws prohibiting such mobile device use. However, a new study suggests that simply hearing a cell phone notification may be just as distracting as actually using the device.

Conducted by researchers at Florida State University, the study was published in the Journal of Experimental Psychology. Lead author Cary Stothart and his team examined the impact to an individual’s attention caused by a cell phone notification—either an audible tone or vibration—while performing a task that demanded concentration. Using a non-driving computer project, test subjects were asked to perform an attention-intensive task twice. During the second round, participants received either a call, a text, or no notification, but were not permitted answer the call or read the message. The subjects were not aware that the texts and calls were part of the study.

According to the team’s results, participants who received notifications were three times more likely to make mistakes on the task that those that did not receive a call or text. Those who received calls were the most distracted of any group. When compared with similar studies related to actual cell phone use, the effect of the simple notification was found to very comparable to the distraction created by talking on the phone or texting.