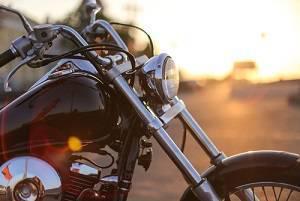 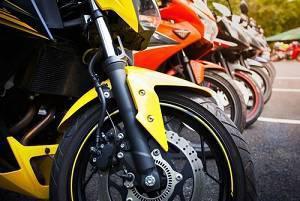 Motorcycle lane-splitting is in California to stay, for now

Posted on March 8, 2013 in Motorcycle Accidents

Many motorists can probably think about a time when they were sitting in heavy, slow traffic and wished that they could just maneuver their way around the stopped cars. Drivers are limited in what they can do to ease the strain of traffic, though California motorcyclists have a bit more options.

Lane splitting is what motorcyclists are engaging in when they travel between various lanes that are moving in the same direction. It is a legal driving practice as long as the riders are driving at a reasonable speed and aren't otherwise driving recklessly. A recent bill would have done away with some of the freedom for motorcyclists, but it has been put on hold.

State Sen. Jim Beall of San Jose introduced a bill last month that sought to more strictly limit lane-splitting by motorcyclists. If passed, the law would have only allowed motorcycles to split lanes when there are at least three lanes and high traffic, for example. But it didn't pass. Sen. Beall withdrew the proposal in order to evaluate the matter further.

Could motorcycle accidents be reduced with more safety reminders?

Posted on September 4, 2012 in Motorcycle Accidents

Just a generation ago, it wasn't all that common for car drivers and passengers to automatically reach for their seat belts when they stepped inside a vehicle. Statistics have shown time and time again that seat belts save lives and prevent many serious injuries, but wearing them just wasn't second nature for many people. That has changed, however, due to public messaging and laws in many states that result in fines for people who don't wear their seat belts or make sure that children are buckled up.

The California Highway Patrol is hopeful similar efforts will reduce the rate of motorcycle accidents in the state. One of its stations is teaming up with a private business to spread awareness of motorcycles on California's roads and press drivers to keep a watchful eye out for them. The idea is that if drivers can learn to instinctively look for motorcycles before changing lanes or turning at intersections, fewer motorcycle riders and passengers will be injured or lose their lives.

Swiss Dairy's headquarters are in Riverside, California, an area that has seen more than its share of motorcycle accidents. Riders flock to the area to enjoy the open highways and incredible views, but with so much car and commercial traffic, the number of motorcycle accidents is high. The company joined ranks with CHP recently, signing onto its "Look Twice, Save A Life" campaign by offering to display the campaign slogan on its fleet of 220 trucks.

Riding a motorcycle in California clearly has a lot of advantages: You can cruise among mountains and along the coastline as you save money on gas, and the climate makes motorcycling a year-round option. You can also do something that's not allowed in any other state: lane-splitting, or driving between lanes of traffic.

It's a controversial practice that's often viewed as a motorcycle accident risk, but transportation officials maintain that when done responsibly, lane-splitting is perfectly legal. As part of Motorcycle Safety Awareness Month, California's Office of Traffic Safety released a survey, believed to be the first ever to gauge drivers' opinions on the practice. According to the findings, 53 percent of drivers think it's against the law, but 87 percent of motorcycle riders do it. And 7 percent of drivers admitted to trying to block motorcyclists from driving between lanes.

Police in the state say there's nothing wrong with lane-splitting when it's done at safe speeds. In fact, many California Highway Patrol officers rely on it. One officer who's been riding for more than 11 years says it can be a significant time saver for him as well as the average motorcycle commuter, but warns that any rider who does it should take reasonable precautions. These include always signaling turns and lane changes, being aware of traffic patterns and watching for other vehicles turning or changing lanes -- especially without using a turn signal.

Posted on July 20, 2011 in Motorcycle Accidents

But unfortunately, with the growing number of motorcycle enthusiasts taking to the road, the California Highway Patrol is seeing an increase in the number of motorcycle accidents. In fact, just recently several motorcycle crashes occurred in a short amount of time that resulted in two deaths and one rider seriously injured.

One motorcyclist was killed after he lost control of his bike and ended up on the side of the road. Another biker died from crash-related injuries after his motorcycle slammed into a post. In that same period of time, a third motorcyclist was severely injured after crashing his motorcycle while on a ride with his wife. But even with the risk of getting into a serious accident, the number of motorcyclists is actually growing across the country.