Why Are There So Many Accidents on Highway 17 in California? 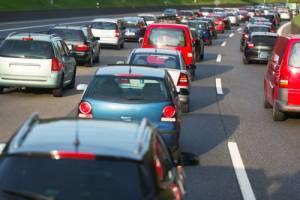 Highway 17 between San Jose and Santa Cruz has been a consistently dangerous stretch of road for decades. The “Safe on 17” commission of the late ‘90s led to a temporary decline in the number of car accidents, but over the last few years, crashes have once again been on the rise. For example, in 2019, Highway 17 was the site of 521 accidents from just January to the middle of March, an increase of 30 crashes from that same time period the year before. To help keep yourself safe, it is important to be aware of why accidents are so common on this road, and what you can do if you are injured in a crash.

Area law enforcement notes several factors that contribute to accidents on Highway 17. These include:

Over the weekend a party bus based out of Santa Cruz was involved in a fatal accident on Highway 17. The investigation of the fatal bus accident led to a review of the bus company, and two years ago the commercial bus company was fined for a number of safety violations. Commercial vehicles are subject to safety regulations to prevent commercial truck and bus accidents. Safety violations may show whether the operator of the bus and bus company provided due care to passengers.

This past Friday night, fans of the country singer Brad Paisley attended his concert in Mountain View. Before and after the show commercial transportation companies provided rides to concert-goers. After the show, one group of 12 to 15 fans got a ride from a party bus headed to Los Gatos. While the party bus was traveling on Highway 17 near Los Gatos two women began to fight and the somehow fell out of the bus as it was moving. The party bus ran over the 25-year-old woman while the 20-year-old was not hit. Tragically, the 25-year-old died during the accident. The 20-year-old woman was treated and released from a nearby hospital.

Commercial vehicles like commercial buses and semis are subject to certain federal and state regulations, and the regulations are meant to help ensure the safety of passengers and others on the road. The California Highway Patrol investigation of the bus accident revealed a number of safety violations committed by the operator of the party bus involved in the accident. In 2010, the party bus company was fined nearly $5,000 for multiple violations including operating with a suspended license, failing to test employees for drugs, failing to enroll employees in a state substance and alcohol certification program and other incidents. In 2009, the company also failed to maintain daily reports of bus inspections and the company failed to report the driving records of its drivers.

Posted on July 12, 2012 in Catastrophic Injuries

During our last post we wrote about electronic driving aids that are supposed to warn drivers about impending collisions. While those systems will help more drivers in the future as more vehicles become outfitted with technology, many drivers lack the assistance of electronic driving aids. Three recent crashes in Santa Clara County show how drivers face the risk of car accidents everyday and why additional technology in our vehicles is helpful.

Last week, two lanes of Highway 17 were shutdown for two hours when a 10-car pileup occurred north of Redwood Estates Road in Los Gatos. A report of an accident involving four to five cars was initially reported to police around 10 a.m. The crash was reported north of Summit Road and fortunately no injuries were reported. The area north of Madrone Drive is known to be a dangerous portion of the highway, and motorists should travel with care in that area.

Tragically, last week's Independence Day also did not go without an accident. Just before 2 p.m. on July 4, a driver in his late 20s or early 30s was seen weaving on northbound Route 87 near Taylor Street in San Jose. According to NBC Bay Area, the driver hit the guardrail and flipped his truck. The man died from his injuries the same day, and it is not clear if drugs or alcohol were a factor. Fortunately, no other drivers or passengers were injured.