Should I File a Personal Injury Claim After My Workplace Accident?

Posted on September 8, 2020 in Car Accidents 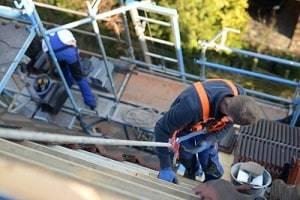 In California, a wide variety of occupations may expose employees to injury risk throughout the course of their work. As such, the state requires employers to provide workers’ compensation benefits for employees who are injured on the job, whether those injuries were the fault of the employer, the employee, or a third party. However, as an employee, your eligibility for workers’ compensation benefits does not mean that you cannot also file a personal injury claim against a third party. In fact, in many severe workplace accident cases, it is necessary to pursue a liability lawsuit in order to receive full compensation for the extent of your damages.

When Is a Third-Party Personal Injury Lawsuit Possible?

You may have grounds to file a personal injury lawsuit if you suffered an injury during the course of your work, and that injury was caused by the negligence of someone other than you or your employer. A few examples of work-related injury situations that may involve third-party liability include:

Serious Falls and Other Accidents Can Occur On Construction Sites

Posted on February 7, 2017 in Personal Injury 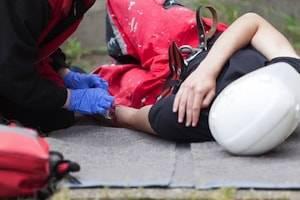 Each year, the United States Department of Labor and the Occupational Safety and Health Association (OSHA) work in conjunction to update the safety standards to prevent future incidents. However, each construction site has many employees in the vicinity at any given time, from those building the structure to approving permits, adding electricity, installing plumbing, and more. Each has a standard of care to which they must adhere. However, if any individual is negligent in these duties, workplace accidents may occur and cause severe injuries or even death.

Posted on February 20, 2014 in Workplace Accidents

Workers in certain occupations are at a greater risk of getting injured on the job, but they accept the risk and go to work anyways. Construction accidents, in particular, are all too common in America, despite all of the efforts undertaken to make worksites safe for workers. An unfortunate example of the risky nature of construction worksites popped up in the news recently from an incident in nearby San Leandro.

According to the reports, a 48-year-old man was killed on February 13 when a piece of heavy equipment that he was repairing fell on him and crushed him. The equipment was reported to be what is known as a "front-end wheel loader," which is used to move heavy objects. Initial details of what caused this construction site accident were scarce, but there will be an OSHA investigation. Hopefully the investigation will reveal more information as to how this unfortunate accident claimed the life of the mechanic.

Any work accident victim can probably expect to deal with some major setbacks. First, if the injured worker survives the accident, they will need to focus on their medical treatment and rehabilitation. Second, and just as important, is figuring out a way to deal with all of the unexpected medical expenses. In the long run this second issue can actually become the most troubling result of a workplace accident, especially if the worker is fortunate enough to make a full recovery from physical injuries.

How Can I Pursue Compensation After a Drunk Driving Accident?
Why Are There So Many Accidents on Highway 17 in California?
Truck Driver Cell Phone Violations Can Lead to California Accidents
Recovering from a Spinal Injury After a California Car Accident
Pursuing Compensation from a Distracted Driver in California