Labor Day Parties May Be Primed for Disaster

Posted on August 29, 2016 in Premises Liability 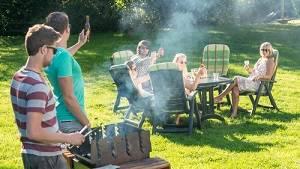 Labor Day is a public holiday that occurs on the first Monday in September. Typically, it is a federal holiday where government workers and schools all have the day off. The holiday was created as a part of the labor movement and celebrates the economic and social development of American workers. It continues to be a national tribute to the workers who have made contributions to the well-being of our country. Many consider it to be the last day of the summer season, and therefore celebrations often include barbecues and other outdoor parties. These festivities can turn a fun day of celebrating into a lifetime of recovery for anyone injured due to the neglect of an uncaring host, which could also lead to premises liability claims.

What Can Go Wrong?

The sun is shining, the weather is a perfect temperature, and the gang is all together. When the host lets their guard down, relaxes, and begins to neglect the responsibility of safety to their attendees, disaster can strike. There may be plenty of areas that need further consideration rather than relaxation. Looking around and not including the proclivity of alcohol consumption, there are:

Fatal accidents are always troubling and hard for family and friends to recover from, but for parents of children who die while in someone else's care, there's an extra emotional burden: the feeling that if more care and attention had been taken with their child, the accident might have been prevented. These feelings can sometimes lead to a wrongful death lawsuit.

The parents of a 3-year-old California boy who choked to death on a pushpin have filed such a suit against his Montessori preschool. It alleges negligence on the part of the company that owns the school. After the boy died in August, the parents held a news conference at which they said the school wasn't at fault for the accident. But after a state investigation found care and supervision problems that may have contributed to the boy's death, his parents decided to pull their daughter from the school and file a lawsuit, according the couple's attorney.

The boy was at school one day in August when a teacher heard him making gasping sounds and saw him holding his throat. Other teachers rushed in to help and called 911, but he died a short time later at a hospital. According to an autopsy report, a pushpin was found in one of the main passageways into his lungs. His death was ruled accidental asphyxiation due to airway obstruction.

Among other laws being introduced in 2012, one requiring booster seats for children under the age of 8 has hit California and 30 other states. Proponents of Senate Bill 949 say it will go a long way toward reducing the rate of car accident injuries among school-aged children.

Before this year, the safety seats were required for children up to age 6 or those who weighed less than 60 pounds. The new law applies to children up to 7 years old, or any child under 4 feet 9 inches tall. Children must also ride in a back seat. The only exceptions are for pickup trucks with no rear seats, or if all the rear seats are occupied by children under age 7. Medical issues and vehicles in which a child restraint can't be installed are other possible exceptions.

Seat belts were designed to fit adults, say child safety advocates. If a vehicle is involved in an accident, the impact could seriously injure a child who is restrained at the abdomen and not the hips, where a lap belt is supposed to cross a person's body. A booster seat lifts the child up so the seat belt fits properly. According to the National Highway Traffic Safety Association, children are 45 percent less likely to be injured in a crash if they're using a booster seat instead of just a seat belt.