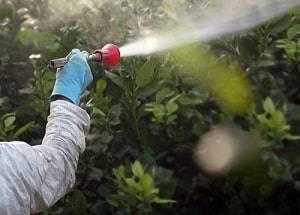 Due to the perennially warm climate, residential and commercial properties in California may require regular fumigation to help protect the health of both the buildings and their residents from infestations. Among the nastier types of insects, Californians may have to contend with are bed bugs, cockroaches, and termites. A report released by Orkin Pest Control ranking the top 50 cities most at risk for termite damage in the United States placed three major California cities within the top 15: San Diego in 11th place, San Francisco at 9th, and Los Angeles as the 2nd most at risk for termite damage in the entire country.

Due to the high risk of infestation, especially along coastal cities including San Jose, CA properties may require pest control operations—including fumigation—from time to time in order to ensure the structural integrity of buildings and the health of their residents. Although the process of fumigation is often considered low risk for humans when proper precautions are taken, the recent death of a Whittier resident as reported by The Mercury News highlights the fact that pest control operations are not without risk. “Pest exterminators were not actively working at the house at the time, but it was still filled with toxic chemicals,” the news agency reported.

Posted on September 6, 2010 in Premises Liability

The search for fun at amusement parks often results in painful injuries -- especially in California, home to Disneyworld and many other attractions. In early July, three people were injured at Six Flags Discovery Kingdom in Vallejo when the metal gate on a tram carrying people from the parking lot sprang open. The accident caused a protruding leg injury to an adult and a stomach cut to a toddler, and both injuries required emergency treatment.

How prevalent are amusement park injuries in California and across the country? Getting a precise number is difficult because of a legal irregularity known as the "roller coaster loophole." By federal law, the U.S. Consumer Product Safety Commission (CPSC) is not permitted to regulate the safety of rides that are fixed at a certain site. The CPSC can regulate carnivals and other mobile attractions, as well as the manner ride equipment is manufactured. But the CPSC is not allowed to regulate the operation of the ride equipment at fixed-site parks.

Big parks like Disneyland therefore fall outside of the CPSC's jurisdiction, making good data about injuries there hard to come by. Nonetheless, according to CPSC estimates based on surveys of hospital emergency rooms, as many as 7,000 people are injured nationally every year in amusement parks, and an average of four people die every year.

Posted on August 30, 2010 in Premises Liability

Drowning is one of the most easily preventable deaths for children. Since Memorial Day weekend, over 200 children have drown or been injured at swimming pools and spas around the country according to the Consumer Product Safety Commission (CPSC). The California Department of Developmental Services notes that drowning is the leading cause of injury-related death for children under five years of age.

As a result, the CPSC, working with Safe Kids USA and the National Drowning Prevention Alliance, has launched the "Pool Safely" campaign to educate kids and parents on ways to stay safe around water. The goal of the program, according to Inez M. Tenenbaum, Chairman of the CPSC, is to "teach parents and children simple water safety steps so that everyone will pool safely this summer."

The campaign has two main components: A video series on youtube which explores unsafe behaviors around pools and an interactive online game aimed at children seven years of age and younger to educate them about proper pool safety.

How Can I Pursue Compensation After a Drunk Driving Accident?
Why Are There So Many Accidents on Highway 17 in California?
Truck Driver Cell Phone Violations Can Lead to California Accidents
Recovering from a Spinal Injury After a California Car Accident
Pursuing Compensation from a Distracted Driver in California