Trauma to the Brain May Disguise Itself as a Minor Injury

Posted on April 12, 2017 in Catastrophic Injuries 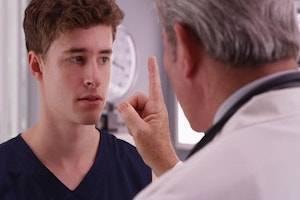 Brain injuries are often unclear at first, especially to those without experience in diagnosis. Many times, these traumatic and life-altering injuries are left undiagnosed at first as many minor symptoms mask those injuries. The medical treatment required in determining the damage is just the start of the financial burden, which may accumulate for an entire lifetime. If someone else is at fault for the damage caused by a brain injury, the economic struggle should not be on the victim, but on those responsible.

Brain injuries can happen anywhere—on a battlefield, at work, on the playground, or in a car. The brain is vital to everyday life functions like breathing, speaking, and walking. Something as simple as a slip and fall is enough to cause a traumatic brain injury.

The Uncertain Future of a Traumatic Brain Injury

Posted on January 25, 2016 in Catastrophic Injuries 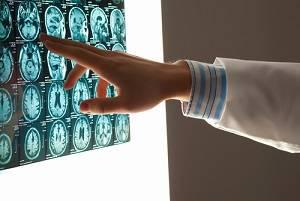 Not so long ago, a concussion was considered just a bump to the head. With new advances in medical science, it has become clear that even with few, or even no, immediate symptoms, a blow to the head may cause a traumatic brain injury that can impact the rest of the victim’s life.

When you are injured because of someone else’s negligence you have a legal right to be compensated for your damages. But, no matter if you are reaching a settlement with an insurance company or arguing a case before a jury, you have to be able to prove your damages. Proving your damages includes submitting documents such as medical bills and doctor’s reports. It often also requires more subjective proof such as statements about how your injuries have affected your life.

Car accidents often result in serious injuries that can bring lasting pain, complications and even death to California residents. Understanding the major types of car accident injuries and how to prevent them can be one way to help ensure that an accident results in as little harm as possible.

Brain, head, neck and spine injuries are common in car accidents, and they are also the most problematic. Severe whiplash can result in injuries to the neck, spine, inner ears and brain that can have serious health consequences. Damage to the spine and vertebrae can easily cause pain, permanent paralysis or loss of function. Many such injuries require months or years of treatment before being fully resolved. Traumatic brain injury may result in permanent brain damage and loss of memory or function. Airbags and seat belts are the best tools currently for preventing such injuries. While airbags themselves can cause some injury, the possible injuries are much less severe than those they can help prevent.

Injuries to the lower body, such as the leg, foot and knee, are the next leading most common car accident injuries. These injuries tend to be less severe than others, but can still be serious and require extensive medical treatment. One way to prevent such injuries is to keep the legs together and not sit or lay in the car at awkward angles.

Authorities report that a two-vehicle accident in La Jolla around 9:30 a.m. on Aug. 21 left two adults and two children injured. Firefighters had to cut one man out of his vehicle before an ambulance could transport him to Scripps La Jolla for medical treatment. The other driver and her two children were also taken to local hospitals, where they were treated for minor injuries.

According to local police, the car accident occurred when the 44-year-old male driver lost control of his vehicle at a curve in the road and struck the female SUV driver. A witness said she observed the man running two red lights just prior to the accident. At the time of the report, police continued to investigate the crash. They believed that the man may have been driving while under the influence.

When a person is injured as a result of a car accident involving a suspected drunk driver, the injured party may face a long recovery and hefty expenses. A personal injury attorney may be able to assist an injured person by bringing a claim against the liable driver. The claim may seek compensation for brain injury, other serious injuries, pain and suffering and medical expenses.

Bicyclists of all ages encouraged to wear helmets

Posted on June 3, 2013 in Catastrophic Injuries

While often viewed as a safe and fun activity, bicycling can also be extremely dangerous. In fact, information recently released by the American Association of Neurological Surgeons showed that out of the estimated 447,000 sports-related brain injuries, about 86,000 were related to bicycle accidents. This number is compared to the roughly 47,000 associated with the more publicized football head and brain injuries.

In short, riding a bicycle should be considered a dangerous sport. Whether for pleasure or out of necessity, individuals who choose to ride a bicycle should always wear a helmet. During 2009, 90 percent of reported bicycle accidents involved bicyclists who were not wearing a helmet, the majority of which involved men in their mid-40s.

Individuals involved in bicycle accidents often sustain serious injuries which have long-lasting implications. In cases where an individual is not wearing a helmet, a head or brain injury is highly likely. Not only can a brain injury be fatal, but it can also result in an individual suffering short-term memory loss, being paralyzed or suffering cognitive impairments.

Posted on May 21, 2013 in Catastrophic Injuries

While any car accident can be serious and result in those impacted sustaining painful injures, those car accidents in which bicyclists are involved are often among the most serious in nature. Most people can likely recall being a child and learning to ride a bicycle.

A 14-year-old boy recently suffered numerous injuries after the bicycle on which he was riding collided with a car. According to a police report, the accident occurred at an intersection around 9 p.m. Police continue to investigate factors that may have contributed to the accident, but it's clear that the car struck the bicycle resulting in the boy being ejected from the bike.

Debate Continues Over Helmet Use in California

Posted on August 18, 2011 in Motorcycle Accidents

Despite continual studies showing that they save lives, helmet usage remains a controversial issue. Since 1991, the State of California has mandated that bicycle and motorcycle riders wear protective helmets to increase safety in the event of an accident. Section 27803 of the California Vehicle Code states that drivers and passengers of motorcycles, motor-driven cycles and motorized bicycles shall wear safety helmets while operating such vehicles.

The law is based on the state's interest in protecting people when they have accidents and most importantly, saving lives.

Yet, a stalwart contingent believes that personal choice, and not a law, should dictate whether helmets should be worn. Each year, the group ABATE (A Brotherhood Against Totalitarian Enactments) lobbies state lawmakers to repeal California's helmet laws. They argue that helmet use should be voluntary. They also claim that helmets add to the risk of injury in certain instances, and are ineffective in serious crashes.