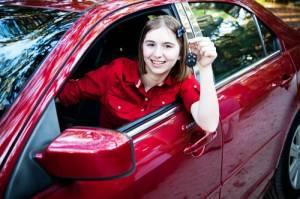 Cortisol is at least partially responsible for activating the fight-or-flight response in stressful situations. In adults, low cortisol levels have been linked to criminal behavior, aggressive and risky driving, and even asocial behavior. This new research study supports other tests that indicate the hormone may be essential in how people actively learn behind the wheel and elsewhere.

Higher levels of cortisol seemed to indicate elevated stress levels and were linked with better reactions to avoid accidents and near-accidents. The researchers indicated that testing young drivers for cortisol levels may help to identify drivers who need additional safety training in order to bring the number of teenage accident fatalities down.

In spite of all of the precautions taken by the state, parents, and drivers, accidents do still happen. If you or someone you know has suffered a serious injury due to an auto accident, you may be entitled to compensation. Contact an experienced San Jose personal injury attorney for a free, no-obligation consultation regarding your case. Call 408-293-7777 today.