Drowsy Driving More Deadly Than We Ever Thought 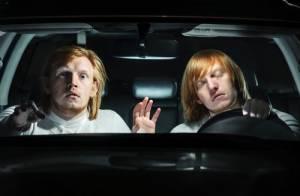 By now you have probably heard one of the many public service announcements reminding drivers to keep their hands off of their cell phone while driving. Ever since cellular telephones exploded in popularity, there have been car accidents caused by people talking or texting on their phones. Texting while driving is a highly-reported issue, but you should know that there is another cause of dangerous distracted driving. Drowsiness, or simply being sleepy, is also a factor in many distracted driving accidents.

A recent study released by the AAA Foundation for Traffic Safety found that the rate at which motor vehicle accidents happen is much higher than previously estimated. While government statistics indicate that only about 1 to 2 percent of all car accidents involve a drowsy driver, AAA’s research shows that the actual rate of drowsiness-caused car accidents is about ten times that. Behind-the-wheel sleepiness was found to be a factor in almost 11 percent of all car accidents which resulted in injury, significant property damage, and/or airbag deployment.

Sleepiness a Serious Issue for Americans

Many of us have very busy lives. For example, single parents struggling to work and care for their children will often skip sleep in order to find some extra time. Likewise, many people work overtime or take on two jobs in order to pay their bills. Society as a whole is sleep deprived, according to research.

The U.S. Centers for Disease Control and Prevention reports that an estimated 40.6 million American adults sleep less than six hours a night. This means that about a third of Americans are getting significantly less sleep than what healthcare experts recommend. Interestingly, being drowsy affects the body similarly to alcohol. Drivers who are sleepy at the wheel are at risk for reduced cognitive ability. Sleep deprivation can cause a lack of attention and alertness as well as issues problem solving and reasoning. These are all the most important skills needed when operating a motor vehicle. There is no doubt about it; driving while drowsy is dangerous.

Personal Injury Lawyers Who Get You the Compensation You Deserve

When a driver who is too tired to drive gets behind the wheel of the car, he is putting himself and others at risk. If you have been hurt in an accident caused by a driver who was impaired by drowsiness, you may have a possible personal injury case. Contact our San Jose personal injury lawyer to schedule a free initial consultation. Call 408-293-7777 to speak with a member of The Law Office of John J. Garvey, III today. Cases are handled on a contingency fee basis, which means there is no fee unless you recover compensation.