The Risk of Dog Bites and California Pet Laws 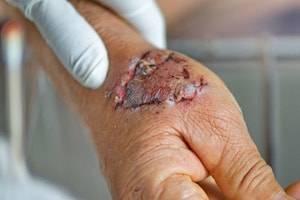 When an individual is bitten by a dog, it can be a traumatic experience. Estimates suggest that approximately 4.5 million people in the United States will sustain a dog bite related injury this year. In fact, statistics involving the act by man’s proclaimed best friend account for the following:

Every 75 seconds someone experiences an encounter with an aggressive or protective canine in the United States—an encounter in which the handler or owner may be at fault.

Although dog bite laws vary state by state, California has seen an increase in dangerous dogs, and bites can occur as a result of improper handling or ignorance of dog bite laws.

Developed to increase the safety of its citizens, California pet laws hold owners or handlers highly responsible and liable for the actions of their dogs—not only toward people but to other animals as well. If you reside in California, then it is important to note that California law pertaining to pets may differ from county to county.

Although experts agree that a short, retractable leash is the best option, the leash law in some parts of California requires owners or handlers to be equipped with a leash that is no longer than eight feet in length. However, in other counties, a leash that is six feet or shorter ensures a higher percentage of control by a dog owner or handler, should a dog attack occur.

All California leash laws pertain to an unconfined perimeter. If a dog is confined within a fenced area on personal property, or an owner and his or her dog visit a designated leash free dog park, then leash laws do not apply. It is important to note that once a dog is taken off the owner's property or exits the dog park, then it is time to hook up the animal.

The penalty and liability level for pet owners also varies county by county, whether it be a violation of the leash law or involvement with a bite incident. In some areas, police or animal control officers can issue a citation to an owner or handler at any time. Once cited, a hearing will be scheduled resulting in possible fines and restitution fees, depending upon the nature of the incident.

It is estimated that 40 percent of California households house at least one dog. Often, the majority of pet owners take the necessary precautions to protect their dog and their neighbors. Still, if you have recently fallen victim to a dog bite by a pet that was not properly restrained, contact San Jose dog bite lawyer John J. Garvey, III today. You may be entitled to compensation for your injuries, loss of wages, or reimbursement of medical bills.