Assumption of Risk in Youth Sports

Posted on September 21, 2017 in Personal Injury 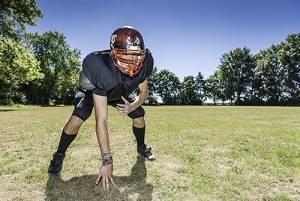 For many communities across California and around the nation, Friday nights during the fall season mean just one thing: high school football. The game, in many areas, has become more than just recreation or competition; it is an institution with roots going back several generations. Of course, youth sports are available to children as young as four years old, with soccer and T-ball usually among their options. In the course of a game or practice, unfortunately, it is not common for young athletes to get hurt, and many coaches will tell you that such injuries are simply “part of the game.” But, how far does “part of the game” include, and what responsibility do parents have for assuming the risks?

Risks Inherent to the Activity

Regardless of the sport or physical activity and age level, there will always be the possibility of getting hurt. Certain types of injuries are considered acceptable dangers of the sport or activity. For example, recreational or competitive cyclists may be susceptible to pulled muscles and crash-related bumps, bruises, and broken bones. Likewise, a baseball or softball player is at the reasonable—yet accepted, in most cases—risk of being hit by a pitch or a batted ball.

By permitting his or her child to participate in a particular activity, a parent assumes the risks associated with injuries that are inherent to or a within the parameters of that activity. Assumption risk means that the parent knows that certain injuries are reasonable and foreseeable but understands that they are part of the game. Coaches, administrators, officials, and other players cannot usually be held responsible if such an injury occurs.

When Negligence Plays a Role

The assumption of risk, however, does not give coaches and administrators total immunity. Sometimes, an injury may occur that is not reasonable under the normal rules and traditions of the game. When a young athlete suffers such an injury, certain parties may be held liable.

Consider a situation in which a youth football player comes to the sideline complaining of double vision and a headache. Instead of taking the player seriously and beginning concussion identification protocols, the coach scolds the player for being “soft” and puts him back in the game. If the player takes another blow to the head, he could be seriously injured and the coach could possibly be liable for refusing to take the player seriously. The first injury was arguably part of the game and would, most likely, fall under the assumption of risk. A second injury could be linked to negligence on the part of the coach.

If your child has suffered a preventable injury while playing youth sports, contact an experienced personal injury attorney in San Jose. We will work with you in determining your options and will help you protect your family’s best interests. Call 408-293-7777 for a free consultation today.

Fumigation Chemicals Lead to Fatal Incident in Southern California
When Is a Consumer Product Considered Defective in California?
When is a Golf Resort Legally Responsible for a Person’s Injuries?
Risk of Being Hurt in a Traffic Accident or Boating Accident Increases on Memorial Day Weekend
Injuries Caused By Building Code Violations