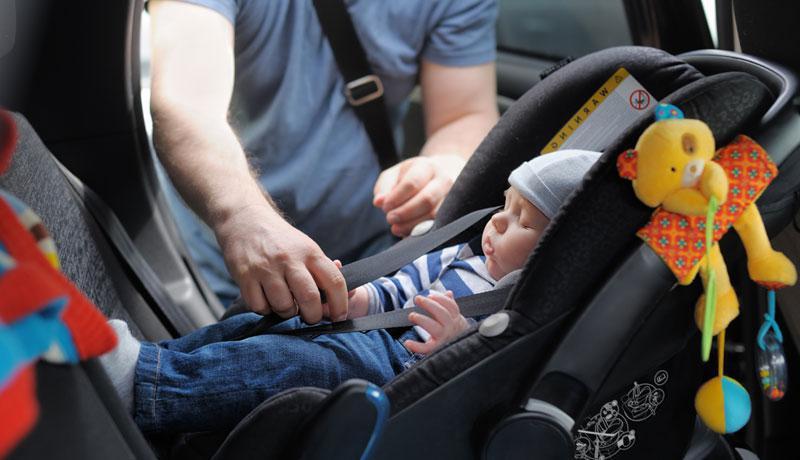 One of the worst feelings for any parent involved in a motor vehicle accident with a young child as a passenger is being told that the child suffered an injury because he or she was improperly restrained in the car seat. Yet in one random screening conducted by the California Highway Patrol (CHP) in Bakersfield in June 2010, they found that of the 121 child safety devices they checked that day, 90 percent were incorrectly installed.

The most common issues the officers found were that the car seats were not age- or weight-appropriate, had missing straps and buckles and were loosely connected or not connected at all to the vehicle. Some restraints used had been recalled from the manufacturer for safety or design faults.

A study of 3,500 vehicles that used booster seats and restraints, cited by the Centers for Disease Control and Prevention, found that nearly 72 percent were seriously misused. The National Highway Traffic Safety Administration reported that child safety restraints reduced the mortality rate for infants by 71 percent and for children ages 1 to 4 by 54 percent.

Many parents are unaware that their children are not securely restrained, and they may not take the time to see that all straps are firmly attached to the vehicle. Parents who are unsure if a childs safety restraint is properly secured can go to their local police station to have it checked. Parents should also be aware that children need to ride rear-facing until they reach at least age 1 and weigh at least 20 pounds, or until they reach the maximum weight or length allowed by the manufacturers specifications for their infant-only seats.

California law requires that children ages 6 and younger or weighing less than 60 pounds must use a restraint device in the rear seat of the vehicle. Parents should also carefully read the written guidelines that come with the devices, as they may be used in different ways depending on the specific car model. Children older than age 6 and heavier than 60 pounds should still be in a booster seat until they are at least 8 years old or 4 feet 9 inches tall. A 2009 NHTSA study conducted in 2009 found that children riding in booster seats were 59 percent less likely to suffer serious injuries than those using only seat belts.

If your child has been injured in a car accident, contact an experienced personal injury attorney in San Jose to discuss your options. Call 408-293-7777 to schedule your free initial consultation today.