Automakers Caution Against Distracted Driving While Providing the Technology 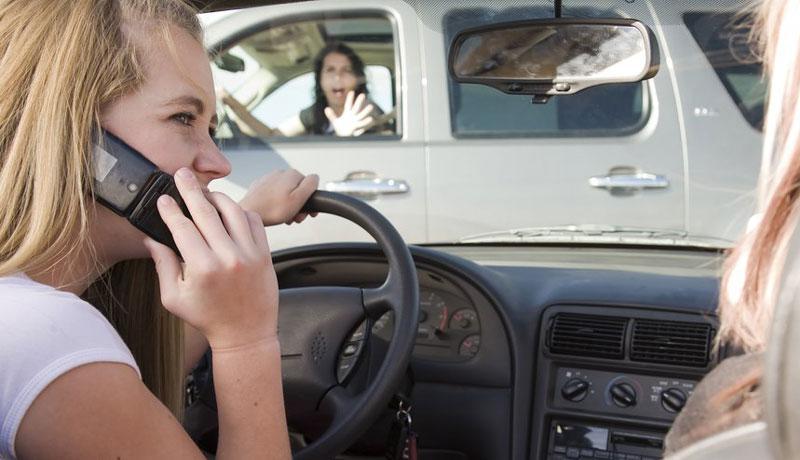 From 2005 to 2009, fatalities linked to distracted driving rose from 10 to 16 percent, according to Distraction.gov, a website sponsored by the U.S. Department of Transportations National Highway Traffic Safety Administration.

Major automakers acknowledge this trend through advertising and public relations campaigns that emphasize a commitment to driver safety. For example, Ford Motor Company sponsored high school driving clinics and a $25,000 prize for the best music video supporting its Driving Skills for Life theme. General Motors joined Oprah Winfrey in sponsoring a No Phone Zone Day in April, while a BMW ad campaign called Dont Text and Drive was similarly focused. Finally, a public education campaign by the Alliance of Automobile Manufacturers attacked the issue with OMG: Get the Message posters on clinic waiting rooms around the country.

However, while promoting focused and responsible driving, automakers continue to load new cars with high-tech infotainment gadgets designed to appeal to younger drivers. Rivaling a wired corporate office or a home media center, these new systems encourage drivers to make over-the-road multi-tasking a normal part of the driving experience.

The biggest turnoff to a twenty-something consumer is to put their life on hold when they sit in a car, said David Mondragon, president of Ford Canada in a speech quoted in TheGlobeandMail.com. So you have to have a seamless transition from your home to your transportation device, to your workspace. Or to your play space. He added, Our vehicles are becoming much more than a transportation device. Theyre communication and entertainment devices.

In response, the NHTSA claims that each type of distraction -visual, manual and cognitive -increases risk. This means that a driver can look straight ahead and still be distracted by the cognitive demand of a phone conversation, a situation called inattention blindness.

If you have suffered injury at the hands of a distracted driver, you may be entitled to compensation for your injuries. Contact an experienced personal injury attorney to discuss your options and help you hold the distracted driver accountable for your loss.