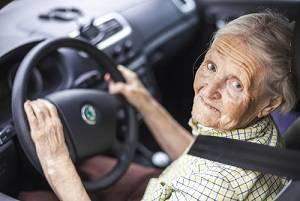 All drivers must re-evaluate their driving abilities and skills as they age. Mental acuity and physical strength change and decline as we grow older, putting us and others we share the road with at greater risk for car accidents and injuries. Re-assessing our abilities on a continual basis over periods of time is key to knowing where we stand behind the wheel.

It is important to constantly be alert to any physical and mental changes that may affect our ability to operate a vehicle, and more importantly, to recognize which skills we need to work on to improve our driving as we adjust to those changes. Whether you are aging yourself or you have a loved one who is growing older, here are some ways you can help prevent an accident on the roadways:

Posted on September 7, 2012 in Car Accidents

New questions have arisen about the safety of permitting elderly motorists to continue driving, following an incident in which a 100-year-old man drove into a crowd of people near a Los Angeles elementary school. Elderly drivers are often blamed for more car accidents, according to experts who cite accidents across the nation -- many of them fatal.

Many states already have some significant requirements to ensure the safety of elderly drivers and others on the road. California is no exception. The state requires all drivers older than 70 to renew their driver's license in person, rather than doing so online or through mail applications. Vision exams, supplemental driving tests and other requirements may also apply, especially if a doctor or family member questions an elderly driver's ability to operate a vehicle.

The 100-year-old driver who struck 11 people in California did have a valid license. Even though some people might contend that the increased regulations worked during the 30 years after the man's 70th birthday, it appears that the requirements did not prevent this accident.

San Jose Police had to reconstruct an accident scene after two people were killed in a car accident. An elderly woman had stepped on her gas pedal, thinking it was the brake. This act resulted in her vehicle crashing through into a nursing home's recreation room. Two residents died from injuries sustained in the collision.

In the event of a crash, investigators and the District Attorney look to determine what factors could have caused the crash. Often factors include whether the driver was intoxicated, distracted, or even had a history of poor driving. But in this particular incident, many are wondering whether age should be considered a factor as well.

When considering driver safety, one DMV instructor noted that age does not necessarily correlate with driving ability. Any driver who begins to experience limited visibility and slower reaction times could be a risk on the road. Many elderly drivers do experience these types of symptoms, simply because they are getting older.