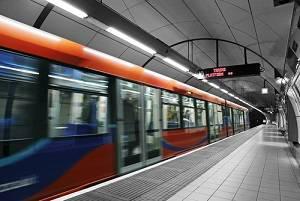 Each year, an increasing amount of individuals are opting to utilize mass transit services. In 2014, the number of Americans who used public transportation were found to be the highest in 58 years. There are several benefits for those who make the decision to forgo their own personal vehicle and opt to use public transportation. However, the increased usage of this mode of transportation also includes a shift in accident statistics, including a rise in mass transit injury reports. In many situations, the injuries in these types of accidents can be severe and even catastrophic, and victims may be left unsure of what to do next.

Mass transit is comprised of many forms of travel, including but not limited to: buses, trains, and light rail. The benefits of using public transportation are numerous and include such considerations as:

When You Have Been Hurt on Mass Transit 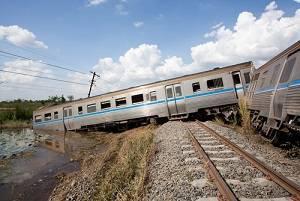 Mass transit is designed to help reduce congestion on our roadways and safely transport people to work and around the Bay Area. However, sometimes because of negligence a form of mass transportation like a bus, light rail or BART, is involved in an accident that leaves many people hurt.

Just because there has been an accident, does not mean the company or agency operating the mass transit was negligent. Before you will be able to successfully get compensated for your injuries, you will need to prove that the negligence of someone connected with the mass transit agency caused your injury.

Ensuring that children are safe is one of a parent's highest priorities, whether the children are elementary school age or teenagers. Others, such as school teachers and coaches place a high value on safety as well. However, accidents of all types can happen, including school bus accidents.

An 18-year-old driver was recently involved in an accident with a school bus in Lake Elsinore. The 18-year-old's car was wedged partially under the bus, and the driver had to be cut from the wreckage. He has been hospitalized with serious injuries. The bus driver also was examined at the hospital. The bus was carrying three dozen middle school students on their way to Canyon Lake Middle School, none of whom were injured in the accident.

At the time of the accident, the bus driver was at an intersection, preparing to turn. The bus driver did not properly judge the speed of the teenager's approaching car, according to the California Highway Patrol. The teen driver was unable to avoid the bus by stopping in time.

Family vacations have the potential to be relaxing or full of adventure, which are both things to look forward to. However, no one expects his or her family vacation to turn fatal. Recently, that became a reality for those who became involved in a California tour bus accident.

A family of three, which was on a ski vacation, is among the seven people killed after their tour bus was involved in an accident while traveling through Southern California. An eighth person, a driver of pickup truck that was hit by the bus, also died. There were twelve others on the bus who sustained injuries.

Authorities are investigating the cause of the crash, including the possibility of driver error or faulty brakes. Right before the crash, the driver is reported to have shouted to passengers that the brakes failed, and asked them to call for help. Interestingly enough, this model of bus has a history of brake issues.